For the past week or so I have spent my time baby sitting Hayden and preparing for his birthday on the 7th of March. The rain and bitter cold has effected me greatly, robbing me of what little energy my aging body still possesses. Dick in whose house we are living has taken on most of the heavy lifting of food preparation and the like while I have concentrated on getting Hayden off to school and picking him up in the afternoon.

Nikki arrived on March 1 and stayed until Sunday.

I recently learned that Bill Geyer is back in the Hospital as a result of another heart attack complicated by kidney failure and septic shock. Naida, his wife, indicated that his chances of surviving do not look good.

I am at that age where the loss of friends and family becomes a sadly regular feature of life. I am especially affected by Bill’s struggles, not just because he had been a friend and a mentor, but because of what he is. Bill is the kindest and most considerate person I have ever known. I hope for his quick and complete recovery, but if not, wherever he goes will be a better place for having him there.

What “Occupy” is all about and what it really wants:

a. Lets listen to the public for a change and end welfare for the oil companies.

b. Lets try to balance out priorities a little better.

a. The Bible Speaks: On environmental protection.

“The Lord God took the man and put him in the Garden of Eden to work it and take care of it.” (Genesis 2:15)

“The land shall not be sold in perpetuity, for the land is mine; with me you are but aliens and tenants. Throughout the land that you hold, you shall provide for the redemption of the land.” (Leviticus 25:23-24)

“If you besiege a town for a long time, making war against it in order to take it, you must not destroy its trees by wielding an ax against them. Although you may take food from them, you must not cut them down. Are trees in the field human beings that they should come under siege from you?” (Deuteronomy 20:19)

“I brought you into a plentiful land to eat its fruits and its good things. But when you entered you defiled my land, and made my heritage an abomination.” (Jeremiah 2:7)

It is interesting how easy it is to use or misuse the bible to justify or condemn just about anything. Perhaps that was one of the reasons why our founding fathers were so adamant about separating church and state.

“In every society, the definition of marriage has not ever to my knowledge included homosexuality. That’s not to pick on homosexuality. It’s not, you know, man on child, man on dog, or whatever the case may be. It is one thing. And when you destroy that you have a dramatic impact on the quality —”
— AP Interview, April 7, 2003

Wow, Thanks for clearing that up Rick.

“[I]deals come to life in dozens of political transactions every day. Some of those transactions aren’t pretty. You can understand this and try to work with this knowledge, or you can look away. But ignoring politics will not make it stop. It will simply go on without you—and sooner or later will happen to you.”
–Richard Brookhiser, James Madison

Perhaps one of the more insightful things ever said by one of our founding fathers. Nevertheless, I am unsure what “ignoring politics” means any more. Liberals and conservatives bitch about how awful politics and politicians are and how turned off they are by the politicians antics. Often, they believe they actually participate by sending cartoons or slogans throughout the email (like I do) or unverified screeds as alas too many of my more conservative friends do. Perhaps that is all that can be expected.

Rather than voting, campaigning or even running for office, so many of us have “deputized” so-called activists (from the right or the left) or media pundits or moneyed interests to speak for us. Instead of direct representative democracy (if it ever existed) our elected representatives are actually these “deputies” to whom we have delegated our futures. Interestingly enough these “deputies” are not the rich, nor the poor, often neither liberal nor conservatives, but members of what I like to call the “Parasite” community; lobbyists, consultants, political commentators lawyers and the like whose income depends not only on the largess of those that pay them, but their ability to persuade their paymasters of the need for ever greater use of their services.

Yes, of course most of them work for so-called moneyed interests or for well-funded conservative causes, but what else can one expect when one allows the creation of a morally ambiguous fee based institution to mediate between various public interests.

Do not blame the rich, nor the workers they at best are merely the instigators and at worst costumers of the services marked to them. Once created, like any parasite it grows sucking off the life force of its hosts until they both die. Strangely enough, with each victory the parasite community brings to their wealthy hosts, they may very well be hastening the demise of both.

Isn’t it time we examine this community to see if it provides any real benefit at all. Are businesses really advantaged by the huge expense represented by this community? I would think that in many cases, given the financial returns received or many businesses would be better off tasking their engineering and marketing departments to find ways to achieve competitive advantage in the changed environment than paying a small fortune for some intermediary to battle some perceived threat to their bottom line.

Oh yes, many of them have achieved unbelievable returns over the past decade or two but how much of those returns were diverted into the pockets of their advisors and so-called middlemen. In fact, studies show that the rich have not benefited in terms of wealth or income increases anywhere as much as the leaders of the parasite community. Even worse these so-called “advisers” may very well have “advised” their clients themselves right up to the edge of the abyss.

Recently Democratic Senator Max Baucus is reported to have “warned” the denizens of “K Street,” one of the major haunts of this parasite community (another is Wall Street) against encouraging their clients to contribute to the Republican Party; echoing the warnings of Republican Congressional leaders when they were in power to the same community. At first I thought this tit for tat was unseemly. Upon reflection however perhaps it is a good thing. If the employers of the parasite community recognize they would be better off directly petitioning their government than funding political party based lobbying company, maybe the K Street mob will begin to shrivel up and we all will be better off. 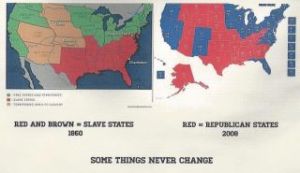 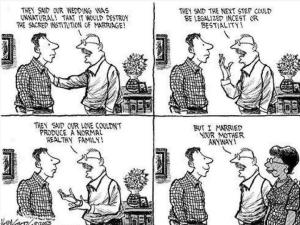