Posted on September 5, 2013 by trenzpruca

Birthdays have always been disappointments to me. Like with most holidays, anticipation is rarely rewarded by enjoyment.

Saturday evening SWAC left to return to Thailand. My own travel plans include a return to Thailand at the end of April, July in Italy, early August in NY and DC and a return to Sacto by Aug. 7. Hopefully my health will hold up. March and April not taken up by babysitting duties will be spent undergoing various medical procedures and tests.

Last night I watched one of those interminable fund-raising programs on PBS. This one featured music of the Fifties. It included live performances of mostly white singers of the time who are still alive along with a few black and white film clips of those who are not. The Maguire sisters, recently gifted with the miracle of modern cosmetic surgery, performed together for the first time in ages. I enjoyed hearing the lead singer of the Chordettes, one of my favorite groups, sing Mr. Sandman and Lollypop. Notably absent were the early rock pioneers especially the black ones like Chuck Berry, Little Richard and Frankie Lyman or for that matter even the white rockers of the time, Jerry Lee Lewis, Bill Halley, Dion and Buddy Holley. Instead we were treated to an excess of that paragon of reaction to the threat of Rock and Roll to American values, Pat Boone. Boone has evolved from the hypocritical frat boy image he affected at the time as the representative of “traditional” and conservative Republican values, to dressing like an exhausted gay queen. Sort of like the modern Republican party that has morphed from robust hypocrisy to resembling aging gay hookers working the margins of society.

I realized that as I grow older I listen less and less to music. Even nostalgia does not tempt me. I think it is because in music, even at its most tragic, there is optimism.

Brigid O’Shaughnessy: “What would you do if I didn’t tell you? Something wild and unpredictable?”

My dreams whether pleasant, sweaty or horrifying didn’t matter much. I could hear the massive earthmover engines grinding away as it buried them all beneath tons of dirt. Only a tiny gleam of light remained through which I could still see a bit of blue sky. Surprisingly, rather than disappearing, the light grew larger and brighter as the huge machine appeared to remove the earth instead of piling it on top of me. I woke up. Figured the dream was one of the sweaty ones given the beads of moisture running down my forehead. The grinding noise continued. It was the door buzzer.

I got up, ran down the steps from the sleeping platform, not so much out of eagerness to see who was there, but to stop the racket. I told you how much I hated that sound. Pressed the intercom. Shouted cleverly, “Yeah.”

“Fucking MavIs,” I thought equally cleverly as I buzzed her in. Noticed my flagpole raising as I recalled how our time together yesterday ended. There was a kick at the door. I opened it.

Mavis stood there two containers of Starbucks coffee and a bag of pastries in her hands. Her eyes widened. “You’re naked!”

“It’s truth,” I said. “The lie starts as soon as I put on my socks.” I had no idea how many tight black leather outfits she had. It did not matter since this one was good enough to fully unfurl my flag.

She looked down. Said, “I can see you don’t have a gun in your pocket, so I assume you are glad to see me.” She’s no Mae West, but that she could quote her raised my estimation of her as rapidly as it deflated my expectations. She brushed by me, added “your bandage is falling off.” She went to the table, put down the coffee and began removing pastries from the bag.

Walked up behind her. Tried to re-stick the bandage to my face. Gave up. Put my arms around her waist. Felt the cool leather against my skin. Said, “I was thinking about yesterday.”

She turned to face me. Said, “I hate cold coffee.”

Laughed. Said “No not that–yet. Something you said doesn’t add up.”

She sighed, reached up and pulled the sagging bandage off. I winced. She said, “Why don’t you put something on. Then we can have our coffee and talk. I won’t be distracted”

I ran back up to the sleeping platform, put on some plaid boxers, came back down. She stared at the boxers. I said “what?” She smiled, shrugged and sat down at the table. She had placed the pastries on two small plates. Bear-claws. I hate Bear-claws. She sat down opposite me picked up her pastry and said, “Bear-claws, I just love them. Don’t you?”

I grunted. Said, “I think that Mark and Reilly were mixed up in something more than a big export deal and you know what it is. Dope, I guess.”

“So what” she responded? “I thought you were off the case? Even if it were true what would you do about it, quit? Good.”

She pouted, put hers down, looked at me for a long moment and said “What are you going to do now, today?”

I had no idea. The best plan I had going was to take off for Vegas or someplace like that for a week or two. Said, “I’m going to talk to the people he worked with.” It was the first thing that came into my mind.

“They just install car mufflers. What would they know?”

“I good detective checks out everything.”

That may be true for good detectives but I was not one of them, at least not the “good” part. It was the best I could come up with.

She smiled got up and walked to the stairs leading up to the sleeping platform. I jumped up, stumbled over the chair and followed.

Note: Although the rest of the chapter advances the plot and character development of the two protagonists, because this is more or less a family publication, it is omitted here. I will be happy to send it wrapped in brown paper electrons to anyone who requests it. “When the United States of America, which was meant to be a Utopia for all, was less than a century old, Noah Rosewater and a few men like him demonstrated the folly of the Founding Fathers in one respect: those sadly recent ancestors had not made it the law of the Utopia that the wealth of each citizen should be limited.

This oversight was engendered by a weak-kneed sympathy for those who loved expensive things and by the feeling that the continent was so vast and valuable, and the population so thin and enterprising, that no thief, no matter how fast he stole, could more than mildly inconvenience anyone.

Noah and a few like him perceived that the continent was in fact finite, and that venal office-holders, legislators in particular, could be persuaded to toss up great hunks of it for grabs, and to toss them in such a way as to have them land where Noah and his kind were standing.

Thus did a handful of rapacious citizens come to control all that was worth controlling in America. Thus was the savage and stupid and entirely inappropriate and unnecessary and humorless American class system created. Honest, industrious, peaceful citizens were classed as bloodsuckers, if they asked to be paid a living wage. And they saw that praise was reserved henceforth for those who devised means of getting paid enormously for committing crimes against which no laws had been passed. Thus the American dream turned belly up, turned green, bobbed to the scummy surface of cupidity unlimited, filled with gas, went bang in the noonday sun.

E pluribus unum is surely an ironic motto to inscribe on the currency of this Utopia gone bust, for every grotesquely rich American represents property, privileges, and pleasures that have been denied the many. An even more instructive motto, in light of history made by the Noah Rosewaters, might be: Grab much too much, or you’ll get nothing at all.”
-Kurt Vonnegut, God Bless You, Mr. Rosewater

“The following are some of their customs; – Each man has but one wife, yet all the wives are held in common; for this is a custom of the Massagetae and not of the Scythians, as the Greeks wrongly say. Human life does not come to its natural close with this people; but when a man grows very old, all his kinsfolk collect together and offer him up in sacrifice; offering at the same time some cattle also. After the sacrifice they boil the flesh and feast on it; and those who thus end their days are reckoned the happiest. If a man dies of disease they do not eat him, but bury him in the ground, bewailing his ill-fortune that he did not come to be sacrificed. They sow no grain, but live on their herds, and on fish, of which there is great plenty in the Araxes River. Milk is what they chiefly drink. The only god they worship is the sun, and to him they offer the horse in sacrifice; under the notion of giving to the swiftest of the gods the swiftest of all mortal creatures.”
Herodotus

“MSNBC is safe sex between responsible, consenting adults enjoying a night together after a Valentine’s Day dinner. Fox is a couple of meth heads abusing each other on camera.”
Patrick Costighan 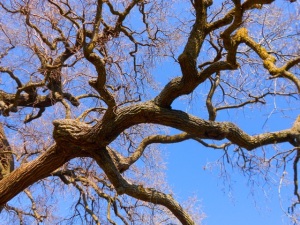