Posted on December 7, 2015 by trenzpruca

After resting a day, swimming was a pleasure. A half an hour without becoming tired is better than the exhausted feeling that follows Exercycle or weight training — perhaps because they both are so boring. Completing a lap seems like successfully meeting a challenge — completing a set, not so much.
__________________________________

Research and some analysis indicate that it is probably better to tackle the nodule question aggressively. Even if the Dr. proposes a test, wait and see approach, people over retirement age are not likely to get any stronger therefore, even if there is any ambiguity as to diagnosis and prognosis, it would be preferable to get it over now and take the risk rather than waiting to be absolutely certain that radical steps need to be taken later. Beyond 70, the chances of even currently benign nodules turning cancerous increases substantially over time. Let’s see what the doctor has to say Monday.
___________________________________

Tyson Underwood has died after a long battle with cancer. Kathleen’s ex-husband, an artist and a long time director of annual art festivals in Marin, was one of the most upbeat and unreservedly optimistic persons I have ever known.
________________________________

It is uncomfortable to swim late in the afternoon while the sun goes down behind the clubhouse casting a shadow over the pool and you are the last person still in the pool. Ending the planned laps a bit early and getting into to the hot tub that still had three people in it, even if no one talks to anyone else makes one feel less alone and vulnerable.

A woman of indeterminate age wearing a white-billed cap and one-piece bathing suit with a tiny flower pattern sat in the hot-tub reading a book about Paris. Another older somewhat rotund woman, who had been swimming laps previously, seemed an athletic type since she continued to flex her arms and shoulders while she sat in the hot water. Our fourth companion in the tub was a middle-aged man with blond hair going gray who mumbled to himself as he sat in front of a water jet.
________________________________________

On Monday, the doctor was thoroughly engaged in reviewing the various test results in an unsuccessful effort to determine what was causing my low blood pressure. He ignored the CT scan Pulmonary Nodule discovery. “Oh that,” he exclaimed. “They usually are not a problem.” After additional in office tests on the low blood pressure, he concluded, by a process of elimination, they probably were neurological and referred me to a neurologist. When pushed again on the nodule, he explained that he would first need to see whether it appeared in prior chest x-rays and the like to determine whether or not it existed before or was something new. A few days later he secured a copy of the tests performed two years ago during my hospitalization for a pulmonary embolism. They showed a nodule in the same place. That is a good sign. He recommended a pulmonary specialist and arranged an appointment.

The two-year-old hospital report on the pulmonary embolism indicated that all the arteries into the lungs were blocked and that only a small part of the upper right lobe worked to keep my body alive until the other passages could be cleared. That’s a little like falling out of a plane without a parachute and surviving. Come to think of it, it was a long plane ride that probably caused the embolism. Could falling out of the plane been a better option than remaining seated in the middle seat in coach class for 12 hours and then rushing to the hospital a few days later in order to save ones life?
_____________________________________________ 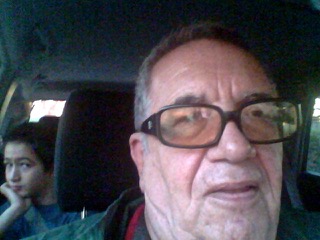 A selfie
B. BOOK REPORT:

Sometime in the late 60’s and continuing for a decade the Swedish husband and wife team of Maj Sjöwall and Per Wahlöö embarked on an ambitious scheme to write one mystery book a rear for ten years. The books were to be interconnected in a series called “The Story of Crime.”

Ruth turned me on to the series. Where most modern mystery stories over the past forty years generally feature a brilliant if somewhat odd sleuth who solves the mystery usually by either cleaver deduction or by the impact of his or her particular psychosis (for example by beating people up or getting drunk), these are stories about Swedish police detectives who solve cases using the routine that are the lot of most public employees. They get bored, sick with colds and have bad marriages. The criminals more often than not are sympathetic, driven to murder by social circumstances they cannot control and now and then they even get away with it.

Despite being over 40 years old, the novels grapple with issues pertinent today such as the militarization of policing, the social desperation that drives people to crime and the impact of replacing personal interaction between the police and the public with impersonal violence that begets even more violence resulting in the collapse of the morale of both.

“More and more often one was obliged to initiate an investigation by trying to sort out what the police had been up to. Not infrequently this proved harder than clearing up the actual case.”
Sjowall, Maj; Wahloo.The Locked Room: A Martin Beck Police Mystery (8).

My two favorite books in the series are The Laughing Policeman and The Abominable man.

Pookie says, “check them out.”

What is happening now has happened before at least twice and perhaps more. In both of those previous situations, a drying of the climate had reduced the grassland on either side of the more urbanized and productive fertile crescent that had supported the way of life of the grassland inhabitants. With this climate crisis, populations began to migrate from the grasslands to the more fertile and settled regions. Along with this came the functional equivalent of biker gangs. Under employed young men with weapons with nothing more productive to do attempting to acquire the surplus production of their more settled neighbors usually under the unifying impetus of an ideology to which they gave real or feigned allegiance.

Today the rural economy of the middle east is in shambles as the area desertifies and the population increases beyond sustainability for the area. (to be Continued)
DAILY FACTOID: 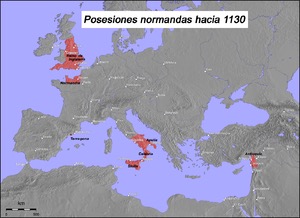 Republicans, in general, neo-liberal and supply-side economists reject the Keynesian prescription that during times of insufficient demand (recession and depression) expenditures of public funds even if it results in a governmental deficit is needed to restore the economy to health. Democrats, progressives and Keynesian economists disagree. On the other hand, Republicans, etc., appear quite happy to steadily increase the expenditure on military procurement and benefits and tax benefits for hydrocarbon-based energy production. This has been described as Weaponized Keynesianism and Carbonized Keynesianism.

If there was a third hand, Democrats et al., seem quite happy, during times of insufficient demand to decrease military expenditures and petrochemical public benefits and apply the funds thus saved to governmental welfare schemes.

While I personally prefer the latter, it appears there is an element of hypocrisy on both sides.

We may disagree about whether or not a military dollar gives a greater bang for the buck than a welfare dollar but to some extent we still are agreeing on a Keynesian solution to insufficient demand. The difference seems to be that the Repubs, etc., believe the emergency expenditure should be generally supply side in nature usually including tax relief for equity.

The Dems et al., however, usually propose road, bridge and infrastructure improvements as part of their recession recovery packages (along with middle-class tax relief) and these are also definitely trickle down.

So, it seems to me that it all comes down to a question of politics and not economics. Unless, of course, you consider who ends up with the money is a question of personal destiny and not of social choice.

B. Some past effects of a change in climate :

“In the west with which we are concerned here, there was a climate change after A.D. 200, marked, it would seem, by a retreat of the polar icecap and the polar area of high pressures; this allowed the prevailing westerly winds and rains to move northward so that they passed over the Baltic Sea and Scandinavia, with great growth of forest in all northern Europe, and with greatly reduced rainfall in the Mediterranean, North Africa, and east of the Caspian Sea. In the same period, war and disease resulted in a decrease of population of up to 60 per cent in Europe or in the Roman empire from about 200 to after 800, that is to say over six hundred or more years. Careful studies of the population of the Roman empire seem to indicate that its population fell from about 70 million persons at the time of Christ to about 50 million in 300. The wars, migrations, spread of plagues, and abandonment of much family life, including the spread of chastity for religious reasons and of sexual perversions for other reasons, all contributed to this decrease. This had a very adverse influence on economic production as well as on defense, especially when it was combined, after 200, by a flight from the cities to the rural areas, and a movement of economic activities toward self-sufficiency. One of the chief characteristics of an economic depression is a reduction in roundabout modes of production by a decrease in investment, although not necessarily in savings, along with a reduction in the specialization of production and exchange of products. The links in any chain of activity from the original producer to the final consumer are reduced in number; individuals retreat from very specialized activities to more general ones; the use of exchange and of money decreases. All of these changes are to be found in weapons systems and in defense, where we find a similar tendency to fall back on the simpler, less complex, and more general forms of weapons, tactics, and organizational arrangements, including, for example, the belief that the same man should produce food and fight (peasant militia) or a reduction of defense to a single weapon or only two. We may not notice these military consequences when the depression is brief, as the world depression of 1929-1940, but these effects do appear when such an economic collapse continues for centuries, in a dark age.

The effects of such a change are also important on the non-material aspects of the society, where we find a tendency for people to turn toward a more personal and existential life, with emphasis on day-to-day interpersonal activities, decreasing emphasis on planning for the future in this secular world, and a decrease in abstract thinking and generalizations, but instead, a great emotional and intellectual emphasis on a few symbols and words. Life tends to polarize into almost total absorption in momentary empirical activity, with intellectual life reduced to a few large symbols.
Carroll Quigley. Weapons systems and Political Stability.